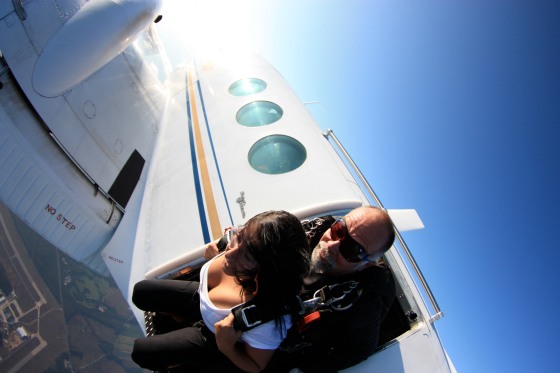 Skydiving has always been at the top of my bucket list. I’m not exactly an adrenaline junkie, but I knew this had to be something I did before I died. We headed out to the ranch, a two-hour drive from where I live, just to find out that it was too windy for us to jump. I kid you not, this happened to us 3 times (I have to admit it was slightly comforting to know they wouldn’t push it and let people go in improper conditions.)  We were beginning to think it wasn’t meant to be. So when we finally got the go-ahead, we couldn’t have been more excited. After getting a brief training session, watching a short video, and signing our lives away, we were finally ready to board the plane.

We were flying at 13,500 feet when they opened the door to the airplane, and they told me I was going first! We walked to the edge of the plane and the view was unlike anything I have ever seen. I didn’t have much time to take it in (the said they would count to three and then we should jump), but  I don’t really think I “jumped,” as much as I think the awesome guy I was attached to just shoved me out the door. It is impossible to describe how I felt while I was falling from the sky that day. I was falling so fast, yet I felt like I was stuck motionless in time. It’s not that I couldn’t breathe, it’s just that I was forgetting too. Seeing the world from above – literally flying through the clouds… Falling at speeds faster than I drive.

The scariest part for me is when he ejected the parachute and it seemed like we jolted back high up into the air, when in actuality all it did was slow us down. I’m pretty sure the only words I screamed were “holy shit!” over and over. As we were slowly descending, it was a completely different feeling — like a feather slowly falling to the earth. While some people had a hard landing, we seemed to glide at the perfect angle to drop me off right on my feet. This couldn’t have been a more perfect day. This is definitely something I will, without a doubt, do again. 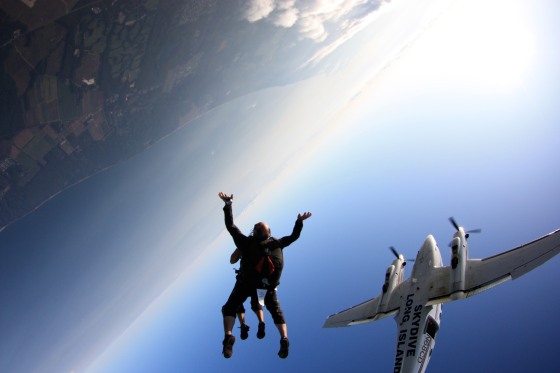 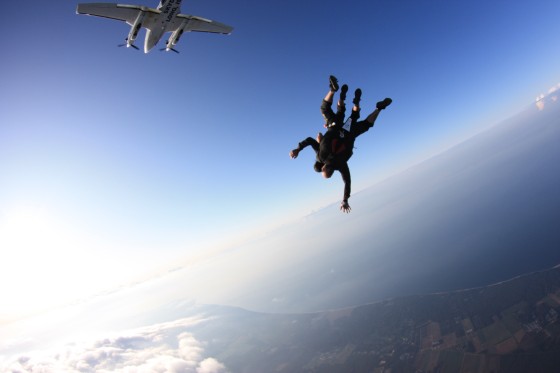 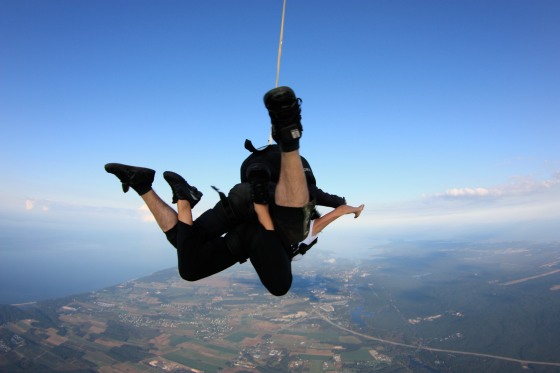 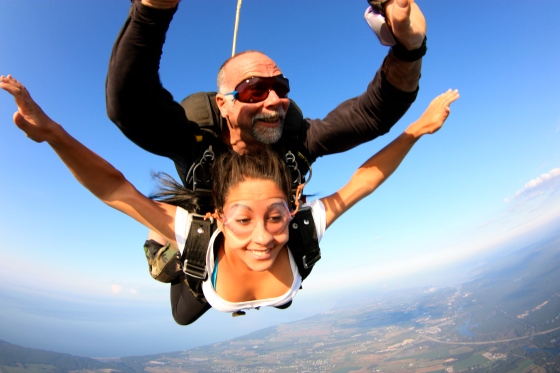 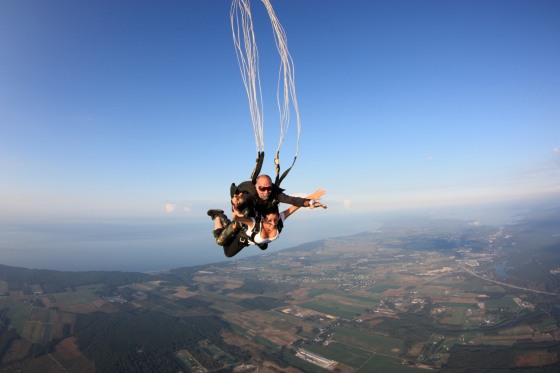 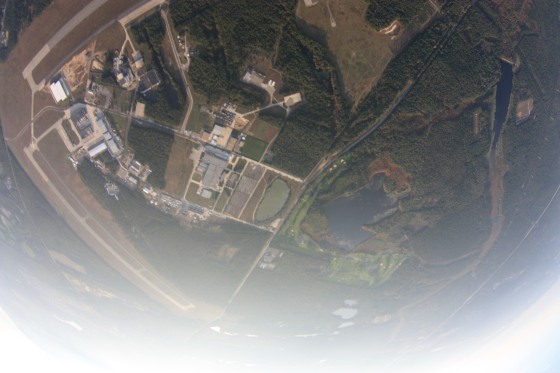 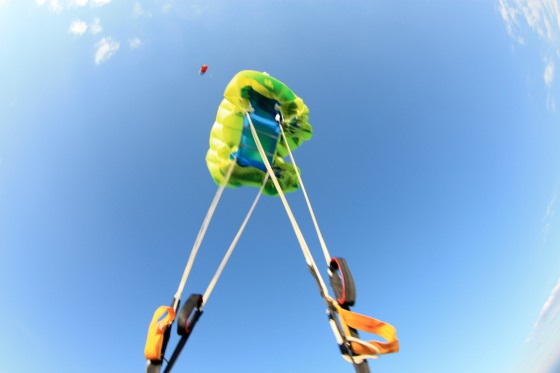 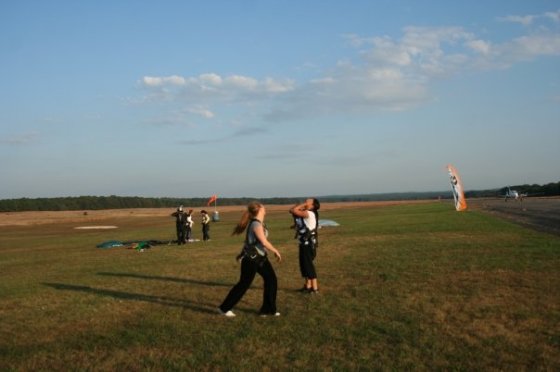 [my friend Jen and I // our reactions right after we landed]

3 thoughts on “Flying Above the Clouds”